From historical sources of Steffen Iffland

Hard to believe but true!

In February 1888 one writes in the Bremer "Weser Zeitung", Nearly were a young, eager to marry citizens of the town of Bad Sachsa near Nordhausen to a pretty tight, come wealthy woman. The pretty woman with a fortune of rooms 24.000 Mark had in securities as a result of a published by the Marriage fun Heiratsgesuc 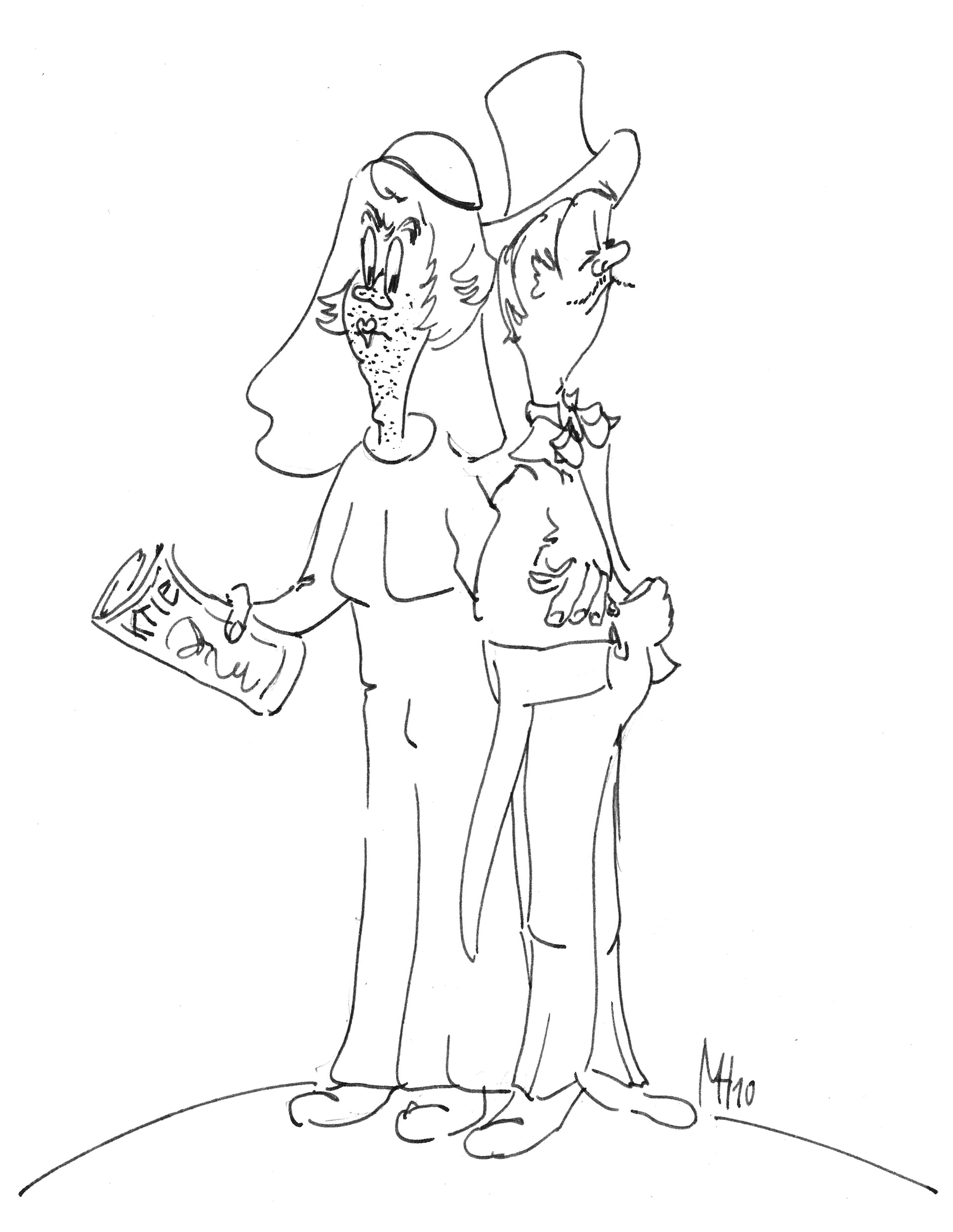 reported hs, had been for four weeks with the parents of the young man on a visit and had understood it masterfully, to acquire the affection of her bridegroom and his parents. Only the groom had complained about excessive brittleness of his bride.

Finally, the couple decided to celebrate their wedding and traveled to Dresden, the alleged home of the bride, to fetch the papers necessary for marriage. In Dresden, there was the bride to mind, their securities for sale. The roamed from the couples banker was equal when considering the numbers of value pieces, that they come from an thefts. While the payment was prepared, he let the police notify, and the same was published very soon and took the couple in reception.

In interrogations, the complete innocence of the groom turned out, why he was dismissed again. The bride was however put in prison, where it turned out, that there was a man in woman's clothes!

Well as an accomplice of a rogue band he tried, to make the stolen papers on inconspicuous way to money. In Bad Sachsa they were astounded, when the bridegroom without bride returned, and even more surprised, as one of the transformation and Entpuppung heard, and wondered, that no one had recognized the transformation.

Whether the groom has overcome this shock is not known, However, he will probably since, have a "handle in the step" risked at every female acquaintance before introducing closer.