The Nordhausen history- and Antiquity Society and the City Archives are again publishing a volume in the book series "Contributions to the History of the City and District of Nordhausen" this year. From now on it is 47. Volume in the regional bookstores and at the publisher Steffen Iffland for 20 Euro erhältlich. To good 185 Pages comes from the volume with eleven topics 14. century up to this 21. Century. To the shop

Paul Lauerwald's essay on the coinage of the Reich Mint in Nordhausen marks the beginning. Der Beitrag „The fire rages in the city. …” is about the works of the high school principal Johann Joachim Meier in Nordhausen. The authors Karl W. Beichert and Wilhelm Kühlmann deal with e.g. a. with the texts and leaflets of the 16.-18. Century, which Joachim Meier translated, for example, from Latin into German.

Robert v. Lucius dealt with the trailblazer for administration and policing, Robert Graf Hue de Grais. Probably the most well-known resident of Wolkramshausen, he advanced the administrative system with numerous handbooks and articles like no other, and created the basis for administrative structures and official action in Prussia and later in the German Empire, which also have their after-effects in our time.
The documentation about memories from a diary about "Our old town" by Detlef Krause deals with the Nordhausen of 1905. The diary was written by Fritz Kruse, the one in it. a. paints the streets and squares of his city in words, which are supplemented with numerous illustrations.

Dr. Wolfram Theilemann's treatise on Fritz Güntsche's personal experiences in relation to the "Keiser trial in Nordhausen". A remainder of the estate in the municipal archive offered the opportunity, to shed more light on the trial of Heinrich Keizer and to report on the author Fritz Güntsche and contemporary witnesses.

The burning of books in the National Socialist Reich was one of the powerful violent agitation against enemies of the Reich, great thinkers and even more a further step towards the adaptation of literary ideas. Felix Kruse explores the question in his essay, whether Nordhausen was also a scene of a book burning and is the first to deal with the subject for Nordhausen. It provides important background information and comparisons of places, supporting groups and processes of book burning 1933.

For his contribution, Hans-Jürgen Grönke goes in search of traces of Friedrich Rausch's life in Nordhausen and holds significant results of research on his publisher of teaching materials over the years 1919 to 1945 fest. The results of the search for clues make it clear, that Rausch's works and collections of objects essentially contributed to this, to make the lessons more lively and thus to strengthen education for culture and history.

The author Sarah-Mae Lieverse has also gone on the detective search for clues, so that an interesting essay about an initial examination of cultural property expropriations and alienations in the Nordhausen museum history was created.
The 20. Heinz Günter Schmidt's essay on a Russian camp in Gudersleben is also relevant to the 19th century. The author describes, partly from his memories, the building of barracks with sleeping quarters and storerooms in the village. For valued 600 These were intended for humans, among them were men, Women but also children mainly from Russia. Schmidt gives impressions of her stay, about the work assignments and about the encounters, which are framed with illustrations.

The end is the 2. Part of the workshop report on the project to digitize the Jewish cemeteries in the district of Dr. Marie-Luis Zahradnik, referring to the 1728 acquired Jewish cemetery on Vogelsberg in Bleicherode. As part of the digitization project, interesting features of the grave symbols and grave design of the oldest Jewish resting place in the district could be found. For example, the tombstones face north towards the prayer room and later synagogue in the city, instead of pointing to Israel to the east.
Dr. Marie-Luis Zahradnik

Report of an abused child.

God created mothers
“God cannot be everywhere, therefore he created the mothers.”
Rarely laughed so much. I've heard this quote many times - and it makes me nauseous on a regular basis. When I'm having a good day, and over the years they have increased significantly, I can wave away with a tired smile. On less good days, the past still comes frighteningly close to me. taunts me, makes it sometimes, to put a stranglehold on me.

Then I panic, feel mortal. Now, That comes, as said, not so common anymore. Nevertheless, in these moments I feel like the child again, that I once was, but I haven't been for a long time: delivered, unloved, alone.
I don't want to ask for sympathy or bring tears to my eyes. It was quite simply like that. The past hangs, like a second, rotten skin on me - I can't completely shake it off to this day.
Of course I know, that this quote above applies to most mothers. That's a good thing. Being a mother is something wonderful – for me too. I'm not even sure about that, do I belong to the group?, to whom the quote is directed. Although I have my children – five in number – love above all and they are the most important thing in my life or. were: Auch, after seeing my daughter 1973 up for adoption and two sons
already had to say goodbye. My children are mine – next to my wife Silvi – the most important. But this is another story.
I have always done everything, so that my children are well. I'm sure, I can say that with a clear conscience. Although some outsiders probably don't see it that way.
First things first: It is by no means my intention, to withdraw to what was inflicted on me - according to the motto: „Moment mal, …

13 historische Aufnahmen, About what 12 are described in more detail and contrasted with today's view. 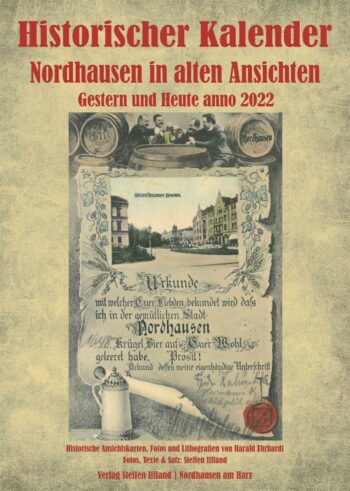 Introductory words to the book

Hardly any other educator has been and is so strongly associated with early childhood education and upbringing, like Friedrich Wilhelm August Froebel. That is not surprising, it was he, which made it clear with the establishment of the first kindergarten, that early childhood is a very meaningful phase in individual development.

With the Fröbel kindergarten and his work on elementary education, the decisive step was probably made, away from “preservation” and towards institutions, which is the upbringing, Dedicate education and care, did. The influence of Fröbel's pedagogy continues in the field of school education and provides significant impulses for the metaphor of "lifelong learning".

The book by Dr.. Matthias Brodbeck follows the holistic approach in this context, Froebel in his theoretical approach to complex pedagogical processes and his practical work as a pedagogue was always a central concern. In this regard, it is a historical classification, Teaching material and basis for the conceptual design of Froebel facilities in equal measure.

In discussions with practitioners, especially in the field of early childhood education and upbringing, the question of Fröbel-specific additional training geared to the challenge of the present is raised again and again. Taking this wish into account, the Froebel Academy Germany offers a modular Froebel diploma in digital and analog form, which the present (Lehr-) Uses the book as a theoretical basis for knowledge acquisition.

The aim of the postgraduate training is to impart pedagogical and methodological tools to the graduates, to consciously incorporate Froebel's pedagogy into modern education- and to be able to implement the educational landscape. Countless kindergartens in Germany and around the world bear the name "Friedrich Froebel". Following the principle – there, where "Froebel" is in the name of the facility, Froebel also has to think about it, in the course of the day, found in the equipment and of course in the educational work – The opportunity arises on the basis of this book, to formulate conceptual and qualitative requirements for Froebel kindergartens and with corresponding, to underline verifiable criteria. These criteria serve, summarized in a guideline for the evaluation and certification of Froebel kindergartens, of the Froebel Academy in Germany, to certify a corresponding unique selling proposition.

In conclusion, allow, I wish the book many interested readers. Due to its practical relevance, it does not only offer pedagogues the opportunity, to open up new perspectives and training opportunities. It's equally interesting, animating and educational reading for parents, to deal with the daily challenges, in front of which they are presented by their children in our exciting present, to be able to deal better and more purposefully. After all, it is about nothing less, as to preserve the legacy of one of the most remarkable educators in German history and to use and develop his groundbreaking ideas and insights in today's world. Normann Kühn Froebel Academy Germany

At the 29. July 1942 occurred in the underground army ammunition facility Wolkramshausen near Nordhausen in 660 Meters deep, a major explosion, the least 145 most of the forced laborers there had lost their lives.

In the GDR era only very little information was available about this. Contemporary witnesses did not report; they would have voluntarily revealed it, that they once worked in a secret ammunition factory of the fascist armed forces, in which large-caliber projectile ammunition had been produced in large quantities, the soldiers and civilians of the victorious Allied powers had brought death.

END_OF_DOCUMENT_TOKEN_TO_BE_REPLACED

In Nordhausen the air raids on Nordhausen were made before these days 75 Years ago, at them 8800 People lost their lives and the city too 75 Percent was destroyed.

If I do today, 75 Years after the heavy bombing days on Nordhausen write down my own experiences, then with the intention, to preserve and remind future generations of this inferno, that something like that doesn't happen again.

I still remember very well, like me as 13 year old boy on 3. April by the Tennecker company & Summer in the Long Street in a handcart fetched a sack of coal and against 16 O'clock the first bomb attack began. Already arrived on the Frauenberg, I had to find shelter in a house, when bombs detonated in Neustadtstrasse and other places. After the attack I hurried home to Petersberg, looked after my mother, who hugged me and was happy, that nothing had happened to me.

END_OF_DOCUMENT_TOKEN_TO_BE_REPLACED

Auch 75 Years after the events continues unabated demand. The author was called to his teaching the Wehrmacht. He describes vividly his experiences, finding new friends and losing comrades. His escape from the Russians, die Verwundung und Überführung in ein Lazarett. His wound and his young age led to probably, that Werner King was spared a long captivity.

Good three years took the printing, not the revision, it was rather the author's short nights, upon it by about 60 Over and over again for years. He has long not talked a lot about his life, but he would write down his experiences and knowledge as a warning, so that never again „children“ sent to war and thus to „Sagittarius ass in the last term“ will.
The book is here in the shop available

close yourself 1 other subscribers